Tip: compare the dust clouds with a [artificial] volcanic eruption

EXTERNAL LINK: (NOTE: we assume no liability for the contents)

Up to what height did the mushroom cloud rise above Building 7?

1.2.1 The red flag on the tip of the iceberg made of lies

“All this was inspired by the principle – which is quite true within itself – that [...] the broad masses of a nation [...] in the primitive simplicity of their minds they more readily fall victims to the big lie than the small lie.”

The Great Lie of the “National Institute of Standards and Technology”

“Our take a message today is that the reason for the collapse of World Trade Center 7 is no longer a mystery.

It did not collapse from explosives or from fuel oil fires.”

In the late afternoon of the same day, Building 7 collapsed in free fall and disappeared in a huge mushroom cloud.

The velocity in free fall at the time t is clearly described by:

The definition of a marker point at a limit line (light-colored surroundings / dark building) in a video allows to calculate acceleration values.

Some extenuated overpressure waves developed that were channelized by the urban canyons.

“And watching all day, this is like watching the collapse of an active volcano.

And the dust from it is not unlike that from a volcano....”

After the complete collapse of Building 7, a mushroom cloud rose up from the foundation, initially forming four distinguishable side lines.

The central mushroom cloud rising up from the foundation of the destroyed Building 7 still developed a vortex (tubular form of water vapor) at a high altitude.

The mushroom clouds rising up from the foundation of the destroyed Building 7 developed to different heights.

The building turned into a rubble pile in less than seven seconds.

This rubble pile is notable for several features, first:

This rubble pile is notable for several features, second:

This rubble pile is notable for several features, third: 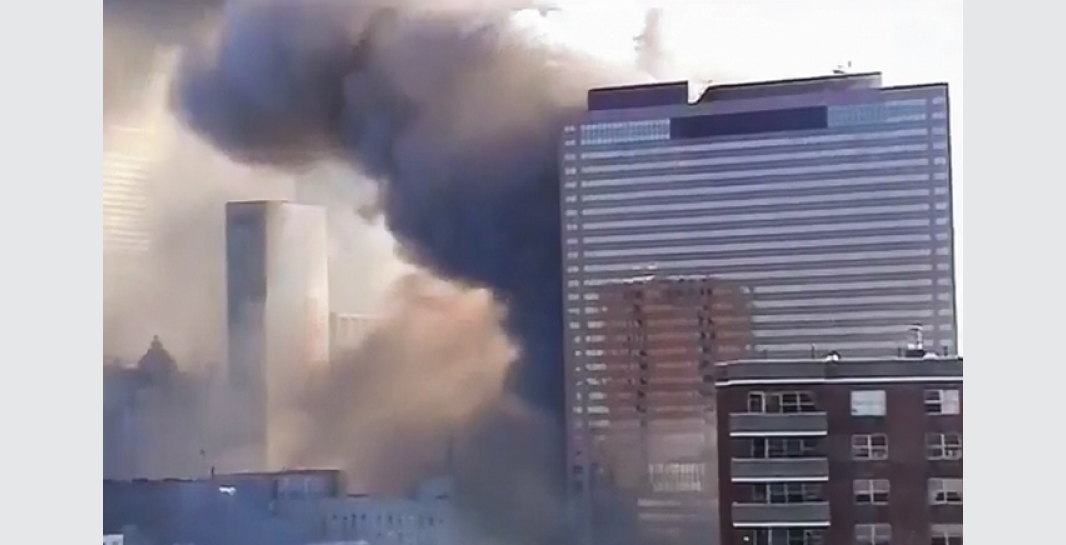 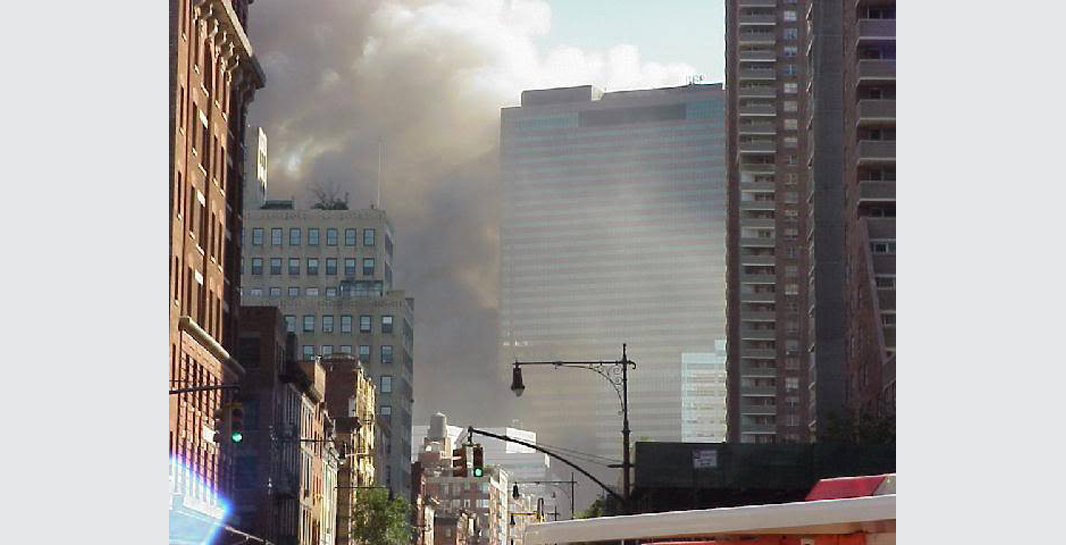 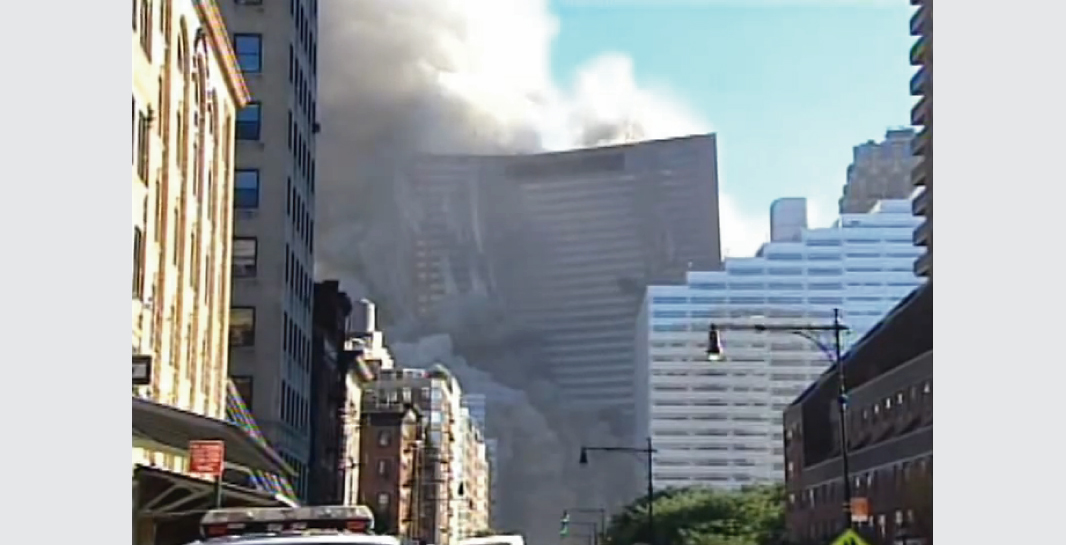 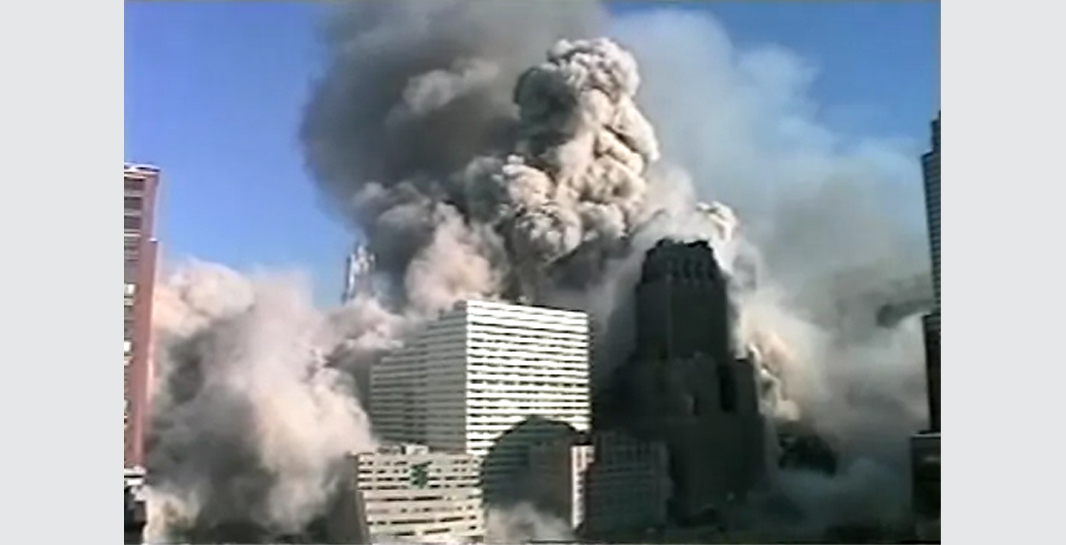 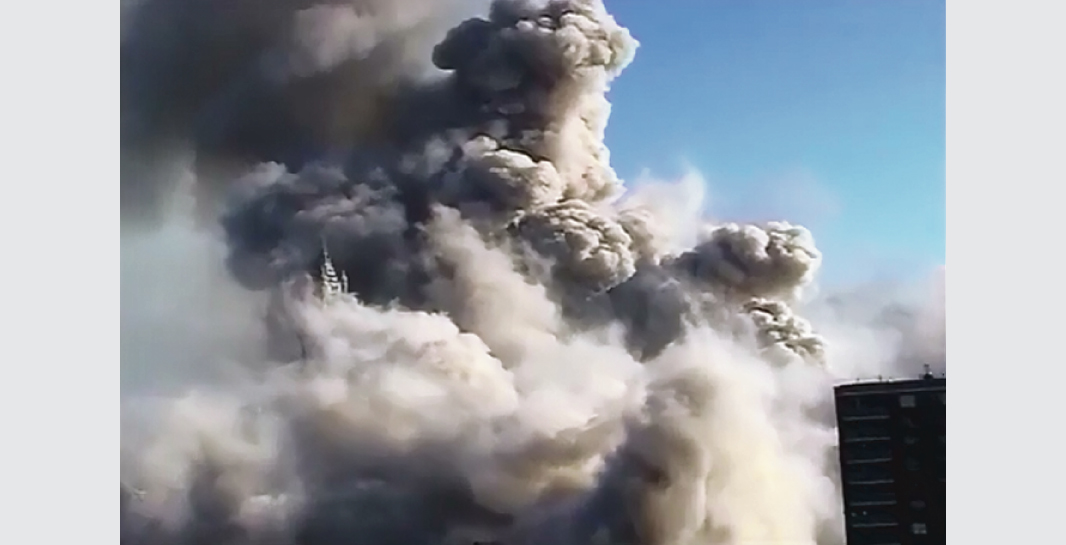 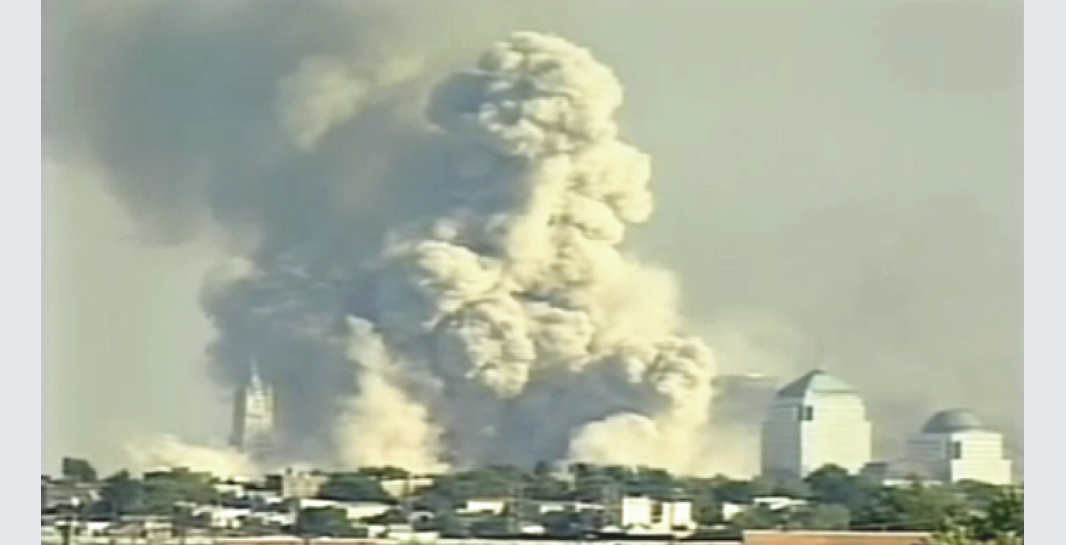 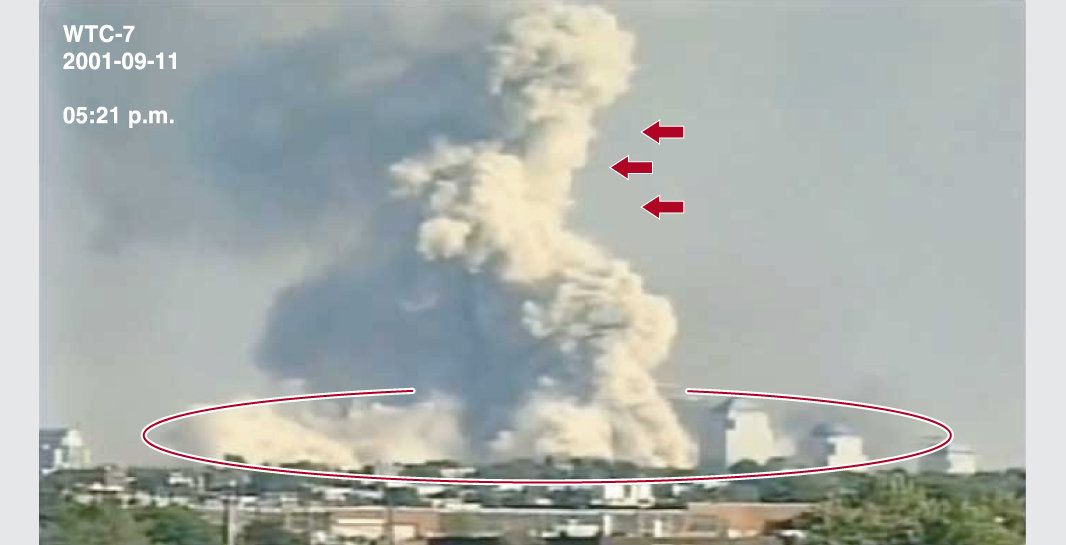 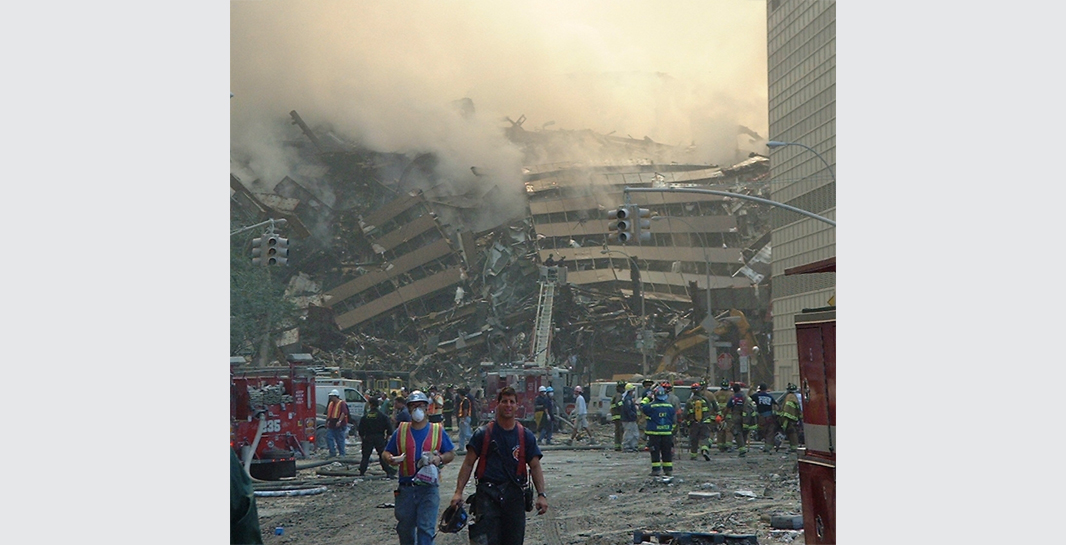 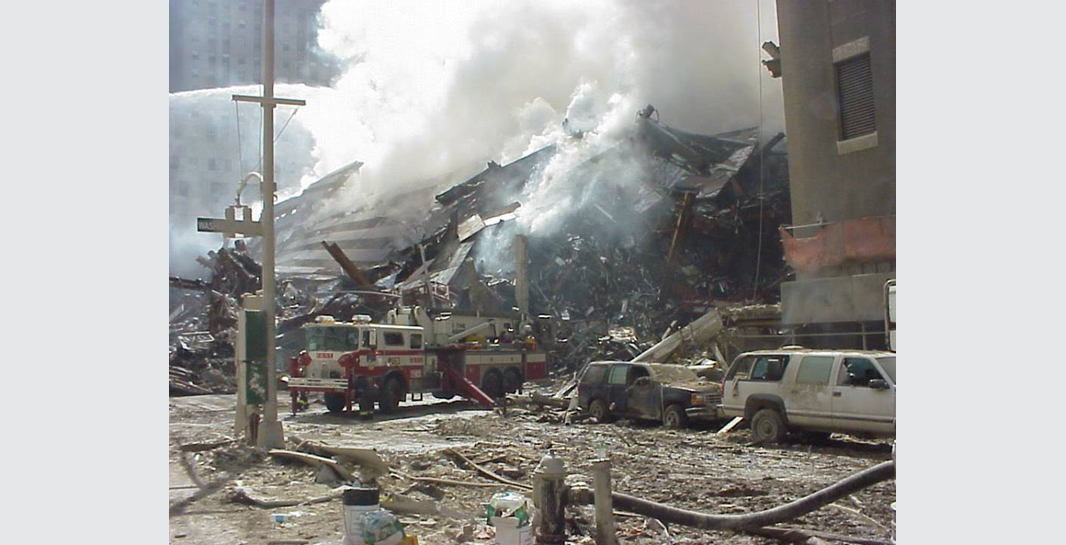 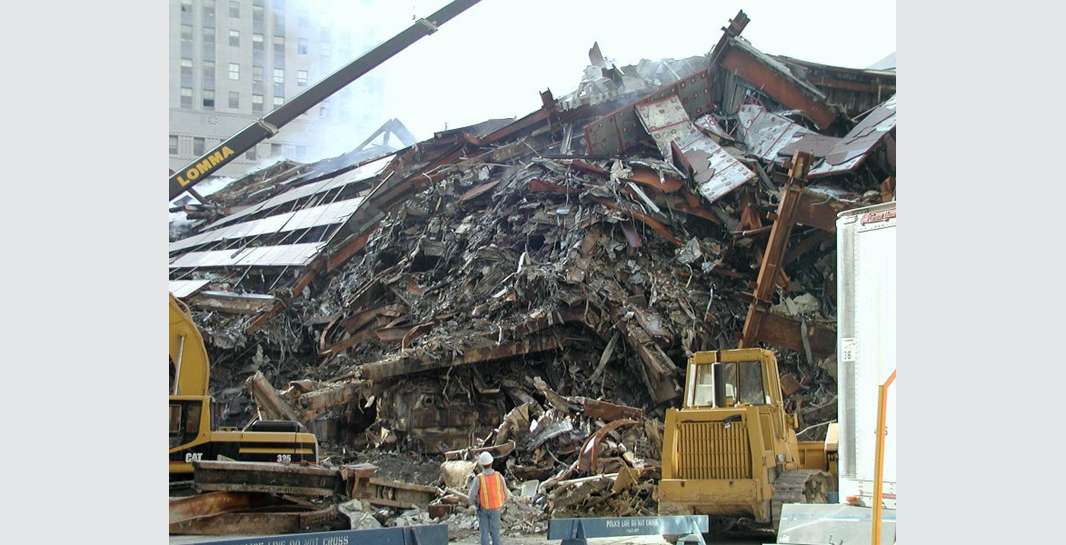 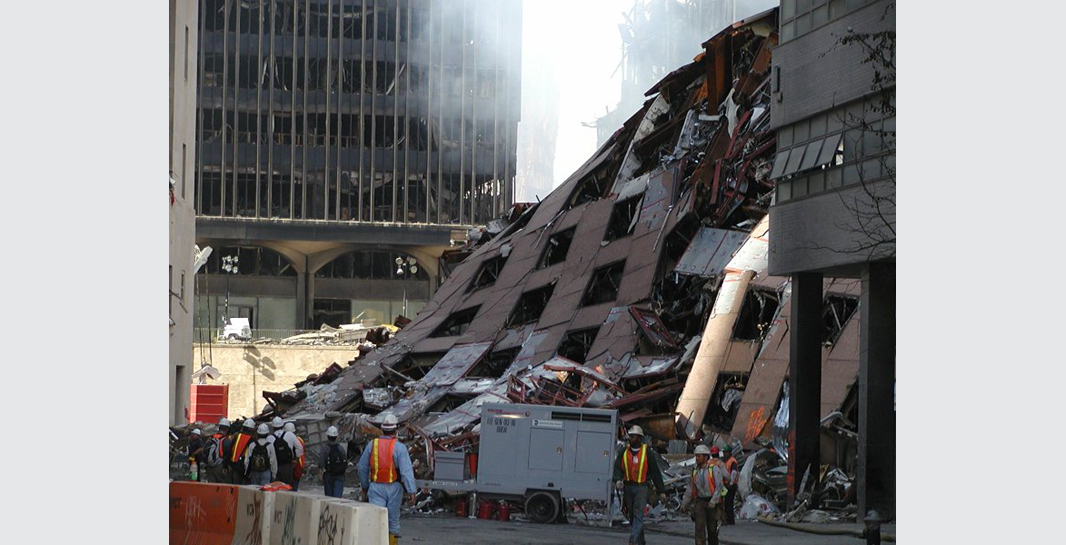 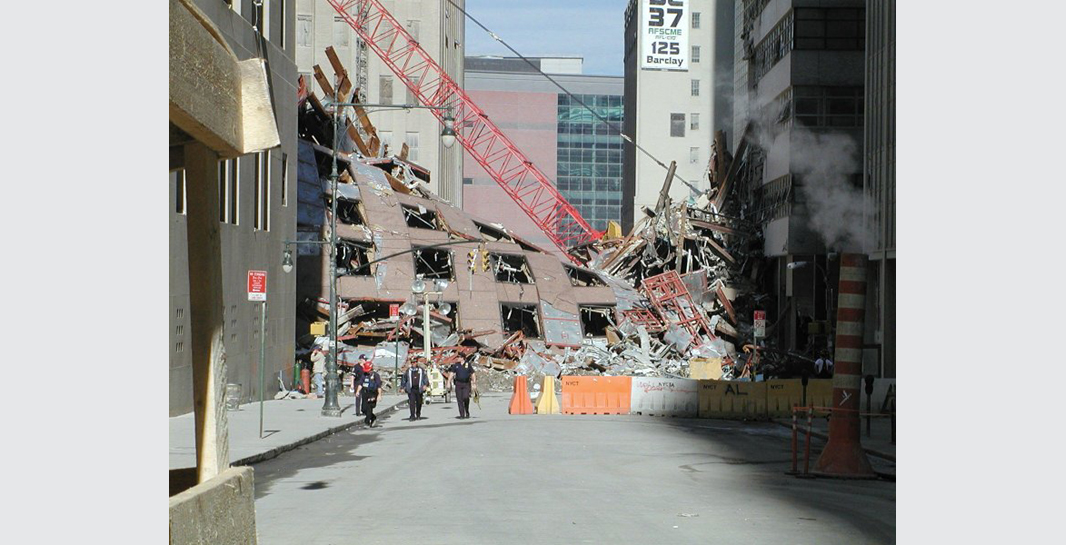 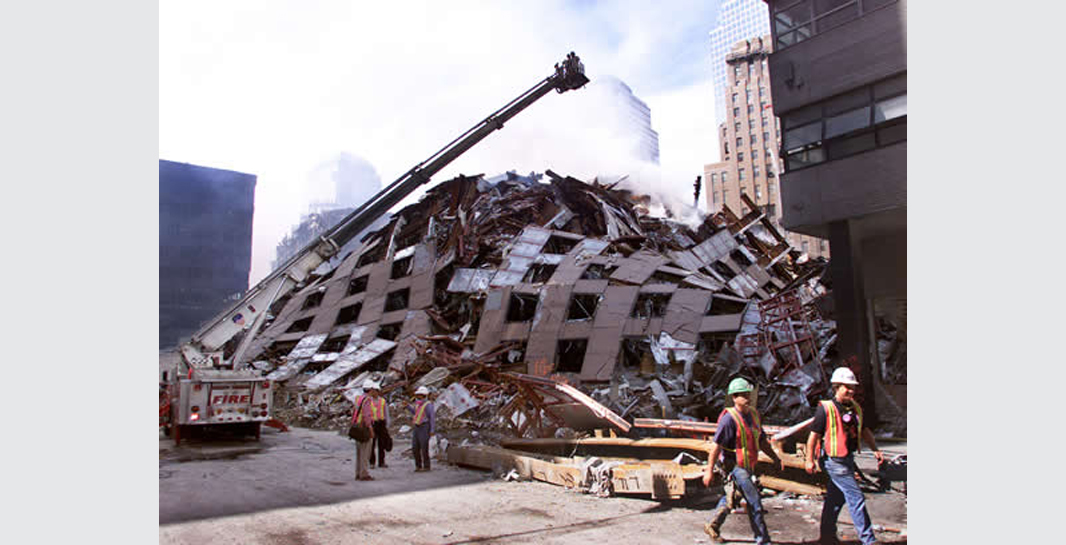 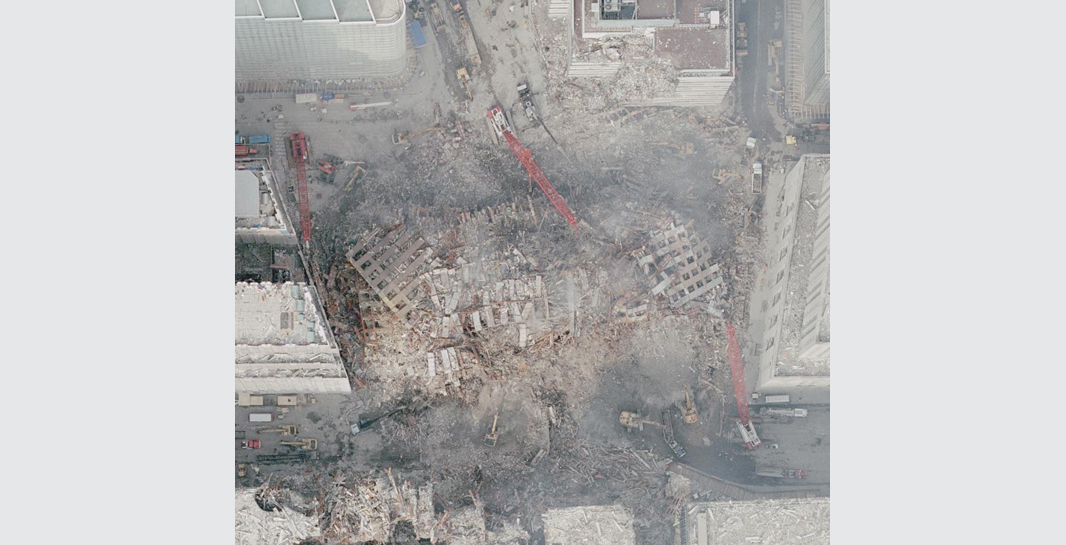 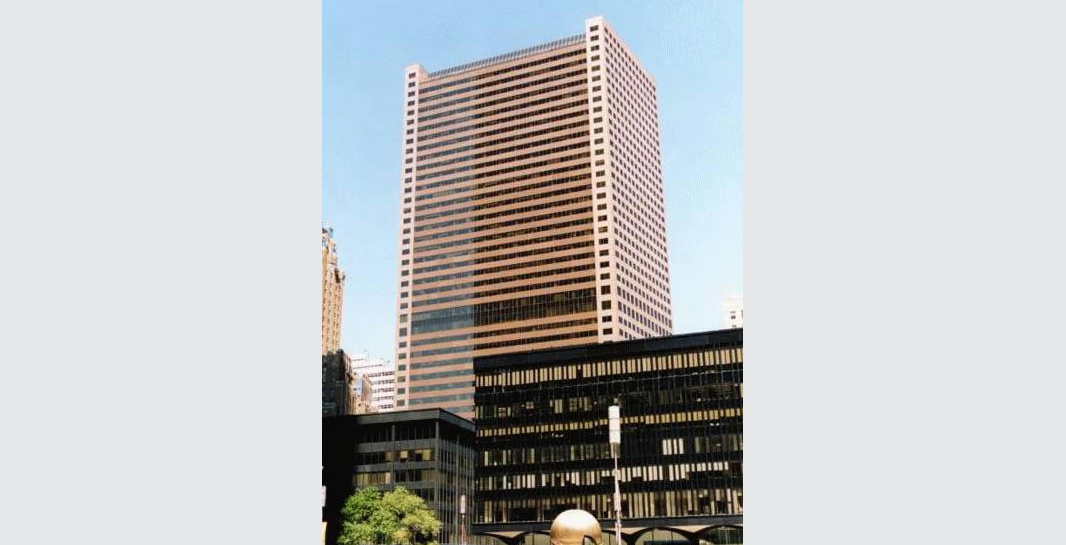